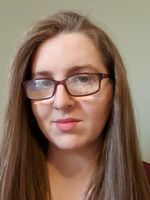 Computer science is dominated by men, yet the first computer program was written by a woman. Ada Lovelace was a remarkable woman with a short but remarkable life. A prophet of the computer age, she is an inspiration for all women in STEM.
Committed to ensuring all people had a voice in the courts of law. Oxford University’s first female law graduate, India's first woman advocate, Cornelia Sorabji helped hundreds of women and orphans stand up in court.
Junko Tabei only became a mountaineer to find a husband - at least that is what many of the male mountaineers suggested. The first woman to climb Mount Everest, she proved that women were more than capable of the endurance and determination needed to reach new heights.
A woman who turned her pain into art, Frida Kahlo is perhaps one of the most instantly recognisable women in the world, thanks to her many self portraits. She died young, but her legacy continues to grow.
The first woman to earn a doctorate in science and the first salaried female teacher at a University. Laura Bassi paved the way for women in academics.